A new version of HTC Vive virtual reality headset is expected to launch on January 8 at CES 2018 in Las Vegas.

HTC has started teasing a new version of its Vive virtual reality headset, which is likely to be showcased on January 8 at CES 2018 in Las Vegas.  The teased image, posted by HTC on Twitter, hints at a modified version  Vive VR headset with an improved display. The image shows “New Year’s” out of focus, while the word “Resolution” is bold and sharp.It isn’t hard to guess that the new version of the Vive headset will feature an improved display.  The current-generation Vive headset, which was launched at Mobile World Congress (MWC) 2015, features two 2160 x 1200 display. There’s a high chance to see a 4K-resolution Vive headset at CES 2018, although this is just a mere speculation at this point. A 4K-ready Vive headset will feature two displays,  each of which offers 1920 x 2133 at 90Hz. The displays then bring the combined resolution to 3,844 x 2,133. To support a 4K-enabled Virtual reality headset, however, users may need to invest in a more powerful PC to get the desired experience.

Time and again it has been reported that the company is working on a follow-up to the Vive headset, which will be two years old in February. Apparently, the successor to the Vive headset is codenamed ‘Oasis’. Rumours of the Vive 2 were first leaked in December 2016, a mere few days ahead of CES 2017. HTC has remained silence about its plans to launch the Vive 2 in 2018. 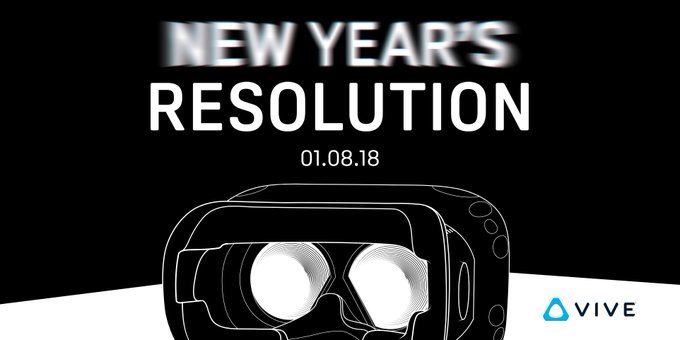