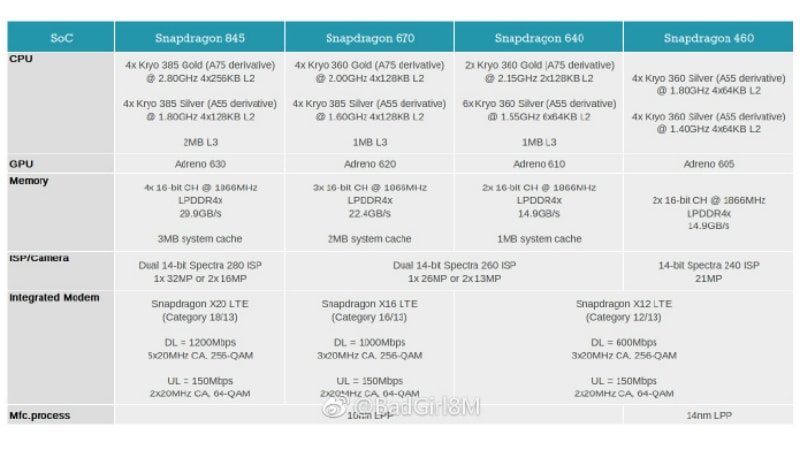 The leaked image also shows specifications for the recently launched Qualcomm Snapdragon 845 SoC. You can read all about the Snapdragon 845 chipset here.